To share your memory on the wall of Joan Lynn, sign in using one of the following options:

DOVER – Joan Toomey Lynn completed her fruitful and loving life journey on June 5th at Courtland Manor where she resided over the last two years.
Joan was born on Aug. 22, 1930 to the late Joseph and Margaret... Read More
Joan Toomey Lynn, 89

DOVER – Joan Toomey Lynn completed her fruitful and loving life journey on June 5th at Courtland Manor where she resided over the last two years.
Joan was born on Aug. 22, 1930 to the late Joseph and Margaret Toomey, who raised her in Scranton, Pa., the place of her birth.
After graduating from West Scranton High School in 1948, she completed a program at the St. Mary’s Hospital Nursing School in 1951, and then became certified as a registered nurse and then took a position at Princeton Hospital (1951 – 1953), where one of her patients was the renowned physics genius, Albert Einstein.
Joan entered the U.S. Navy in 1953 as an Ensign, eventually achieving the rank of Lt. Jr. Grade. She was stationed at the Portsmouth Naval Hospital in Portsmouth, Va., where she supervised an enlisted Petty Officer named Patrick H. Lynn, who eventually superseded her officer rank by capturing her heart. They married on August 20th, 1955 – a 40-year union that produced six children.
She left active duty service in 1955 and became a Navy Reservist. In addition to residing at the time in Wilkes Barre, Pa., and caring for a growing family, Joan worked part-time as a nurse at the local Mercy Hospital. Joan later accepted a position at the Wyoming Valley Hospital, in Wilkes Barre, Pa., as an Operating Room Nurse and as a Nursing Instructor at the Hospital’s Nursing School. She later enrolled in the College of Misericordia (now University) where she completed a Bachelor of Science Degree in Nursing in 1962.
The U.S. Navy made overtures to Joan in 1964 to resume her active duty status and contribute her nursing skills to the Vietnam War effort. However, Joan, having three children at that time and being pregnant with her fourth child, declined and resigned from her Commission. During that same year, the Dover Special School District (Now the Capital School District) hired her husband as a teacher, prompting the Lynn Family to move to Dover, Del.
As her husband rapidly progressed to become the principal of Dover High School, Joan continued caring for her family while also contributing and building on her nursing talents. She volunteered as a school nurse at Holy Cross Elementary School, as well as for the Dover High School Band. She also worked part-time as a medical ICU nurse at then-Kent General Hospital and began working toward a Master of Science Degree in Nursing at the University of Delaware, which she completed in 1980.
Along the way, she developed a tremendous passion for preparing the next generation of nursing professionals. She served as a nursing instructor at the University of Delaware in the mid-1970s followed by a year teaching that discipline at Wesley College. In 1979, then-Delaware State College (now University) hired Joan as an instructor, where she was instrumental in moving its Undergraduate Nursing Program toward its first national accreditation.
Although she retired from DSC in 1986, she remained connected to nursing by serving as a proctor for the Nursing Board Exam and volunteering in other nursing activities. In 1994 she was presented with her greatest challenge as a Nurse, when she became the primary care provider for her husband during his thirteen (13) month battle with terminal cancer. In 1996, she was hired by Polytech Adult Education to teach in its Certified Nursing Assistant Program, which she did until retiring in 2010 due to health issues.
Joan was a fifty-six (56) year member of Holy Cross Catholic Church where she earnestly served as a Eucharistic minister. She was also a member of the Walter L. Fox American Legions Post #2, the Irish Society of Delaware, the SIGMA THETA TAU Nursing Honor Society, and the Dover High School Band Boosters. In 2018, Joan was nominated for and awarded the “Quilt of Valor” in honor of her Meritorious Service during the Korean War.
Although her life began with childhood challenges, she not only overcame them, but also openly shared them with her children. She was known as a woman who met adversity head-on and always with an ironic sense of humor. She never took her academic accomplishments for granted, always taking advantage of continuing education opportunities to update her nursing expertise. She especially had great affection for pets, and children humorously referred to her as the “Cat Whisperer.” However, while she had a profound appreciation for her vocation, community, and all other blessings of this world, it was her husband, children and extended family who were her life’s greatest beloved treasure – they were everything to her.
In addition to her parents, Joan was preceded in death by her husband Pat in 1995.
Mrs. Lynn is survived by all of her adult children – four (4) sons, Patrick H. Lynn, Jr., Kevin M. Lynn (Darlene), Brian T. Lynn, Sean Lynn (Alexis), and two (2) daughters, Mary Jackson (Steve) and Rebecca Stewart; a brother Robert “Bobby” Toomey and his wife Peggy; ten (10) grandchildren, Amy Macheska (Mike), Joshua Lynn, Sarah Weiss (Jeff), Patrick Lynn III, Liadin Stewart, Liam Stewart, McKenzie Lynn, Henry Lynn, Kate Lynn and Stephenie Tatman (Dean); and three (3) great grandchildren, Lily and Wyatt Macheska, and Dylan Tatman, as well as by numerous nieces and nephews. Joan is also survived by three (3) special friends, Mary Dodd, Marie Kozel and Carlos Holmes.
A Mass of Christian Burial will be offered 10:00 AM Friday June 12th at The Church of The Holy Cross, 631 S. State St. Dover, De 19901. Interment will be be in Holy Cross Cemetery, Dover. Friends may call Thursday evening from 6PM to 8PM at the Funeral Home of Michael J. Ambruso 1175 S. State St. Dover, De 19901.
In lieu of flowers the Lynn Family requests that donations be made in her memory to the Delaware State University Nursing Department: Delaware State University Nursing Department
In Memory of Joan T. Lynn 1200 N. Dupont Highway Dover, DE 19901 ATTN: DSU Foundation
Social Distancing and Masks are required for all services. Condolences maybe made via www.ambruso.com.
Read Less

To send flowers to the family or plant a tree in memory of Joan Lynn (Toomey), please visit our Heartfelt Sympathies Store.

We encourage you to share your most beloved memories of Joan here, so that the family and other loved ones can always see it. You can upload cherished photographs, or share your favorite stories, and can even comment on those shared by others.

From all of us at Toms sent flowers to the family of Joan Lynn (Toomey).
Show you care by sending flowers

Posted Jun 13, 2020 at 09:23pm
Thinking of you during this difficult time. Your mom must have been a wonderful person to have raised such amazing kids! Love, Trish & Eric (WDL)

Posted Jun 12, 2020 at 09:47am
I remember your mom as being a welcoming and kind person; she will be with you always through spirit, memory, and each other. Much love and peace to all of the Lynn/Toomey famiies. Missy Mattes
Comment Share
Share via:
CW

Posted Jun 11, 2020 at 06:48pm
Our condolences to the Lynn family for your loss. Mrs. Lynn was truly a wonderful person that cared for her family and our community. Cecil & Clealyn Wilson Dover
Comment Share
Share via:
LW

Posted Jun 11, 2020 at 02:02pm
With great sadness and fondest memories, I learned of the passing of Mrs. Lynn today. I had the honor and privilege of being a student, greatly mentored by her, in the DSU (then College) Nursing Dept. under the leadership of the great Gwendolyn Braxton. We were molded into very accomplished, registered nurses. My Deepest Condolences, Linda Williams, RN, BSN, Retired.
Comment Share
Share via: 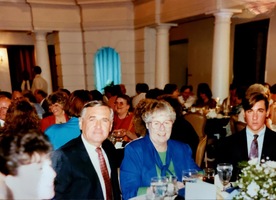 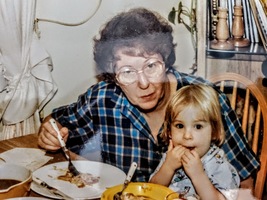 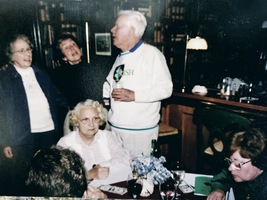