To share your memory on the wall of William Temple, sign in using one of the following options:

To send flowers to the family or plant a tree in memory of William J. Temple, please visit our Heartfelt Sympathies Store.

We encourage you to share your most beloved memories of William here, so that the family and other loved ones can always see it. You can upload cherished photographs, or share your favorite stories, and can even comment on those shared by others.

Posted Jun 13, 2019 at 08:07am
You can shed tears that he is gone or you can smile because he has lived.
You can close your eyes and pray that he’ll come, or you can open your eyes and see all he’s left. Your heart can be empty because you can’t see him. Or you can be full of the love you shared. You can turn your back on tomorrow and live yesterday. Or you can be happy for tomorrow because of yesterday. You can remember him and only that he’s gone, or you can cherish his memory and let it live on. You can cry and close your mind, be empty and turn your back, or you can do what he’d want: Smile, open your eyes, love and go on.

Please accept my condolences for the loss of your loved one. May the words at Psalm 46:1 and 2 Corinthians 1:3,4 comfort you p, especially in the difficult days to come. 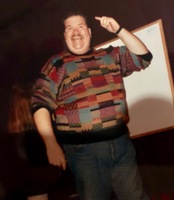 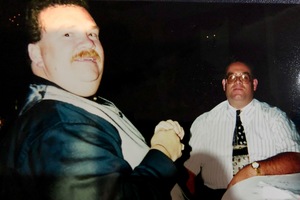