To share your memory on the wall of Joan Pool, sign in using one of the following options:

Provide comfort for the family of Joan Pool with a meaningful gesture of sympathy.

We encourage you to share your most beloved memories of Joan here, so that the family and other loved ones can always see it. You can upload cherished photographs, or share your favorite stories, and can even comment on those shared by others.

Posted Feb 13, 2019 at 11:59am
Prayers and empathy to ALL the Pool family. With you in spirit. Daniel Scarcliff, Sean, Erica and Christa.

Daniel Scarcliff purchased flowers for the family of Joan Pool.

Posted Feb 13, 2019 at 08:20am
Thoughts and prayers for Joan and family. She was a beautiful person and will be sadly missed.

Posted Feb 13, 2019 at 06:31am
My heartfelt condolences and prayers for eternal rest. May the Peace of Christ be with you during this sad time. Fondly, Kathy Luongo

Kathy Luong purchased flowers for the family of Joan Pool.

Posted Feb 12, 2019 at 10:44pm
You were my second mother, always there for me growing up. I loved you more than I could ever truly say. Love Jonny
Comment Share
Share via:
HS

Dreams from the Heart Bouquet was purchased for the family of Joan Pool. 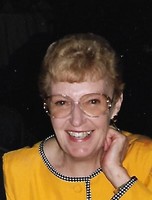