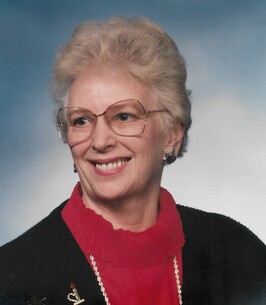 Edith P Craig of Dover De passed away Saturday October 22, 2022 at Westminster Village Nursing Home with her daughter Jennifer by her side.

She was introduced to her husband Bob by her best friend from grade school Earline. Bob and Edith married June 1, 1962. Bob took a position with ILC Dover, and soon Bob, Edith, and Bruce (her son from a previous marriage) moved to Carol St. Dover DE. They later bought their house in Crossgates where their daughter Jennifer was born.

Edith had various jobs as a secretary , including being secretary to principle Archie Jordan at Caesar Rodney High School in the 1960’s. After Jennifer was born, she was a stay at home mom and homemaker. She later worked as a receptionist and bookkeeper.

Edith was an avid Bridge player. She belonged to many bridge clubs and was also a member of Dover Century Club. She took pride in her beautiful home, she loved cooking, and celebrating the holidays.
Besides her parents, she was preceded in death by her husband James Robert Craig in 1980, 4 brothers and 1 sister.

A Celebration of Life will be held 1PM, Friday October 28, 2022 at the Funeral Home of Michael J. Ambruso, 1175 S. State St. Dover, DE 19901 where friends may call from 12PM until 1PM. Interment will follow in Holy Cross Cemetery, Dover. To share a fond memory of Edith or to offer a condolence to her family, please visit www.ambruso.com.