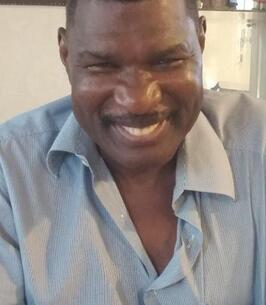 Arnold Kermit Young was born on May 13, 1947 to Kermit R. Young and Willene Mccombs. He was the first born of nine siblings. Arnold attended the New York City Public Schools and graduated with honors.

Arnold joined the United States Marine Corp. in 1966. He did his basic training at Fort Jackson, South Carolina.
Arnold became a decorated servant holding the position of a Military Police Officer. He was sent to Vietnam and while fighting for his country he came face to face with his younger brother Stephen which was an unlikely situation.

Arnold moved to Delaware in December of 2020 with his daughter and grandchildren, where he would spend the remainder of his life.
Arnold made a difference in so many lives with his calling to be a comedian. He always had a comment that would make you laugh.

Arnold's request to God was to give him 75 years of life. God granted him 75 years and 4 months. On Friday September 23, 2020 Arnold gained his wings and was called home to glory to join his mother Willene, father Kermit and two brothers Robert and Stephen.

Arnold leaves to cherish his memories his daughter, MissFiona Young, his two grandchildren Jada and Jordan who he cherished more than anything. His soulmate, Deborah Simmons, two brothers Lamont and Jerome sister-in-law Mary. Four sisters; Selena, Beverly, Denise and brother-in-law Wesley, Felisa and brother-in-law Johnny. Two aunts Linda and husband Paul and Thelma and a host of nieces, nephews, relatives and friends.


Arnolds' last words would have been 'don't cry for me but be blessed, Because we all can't dance on every set'.