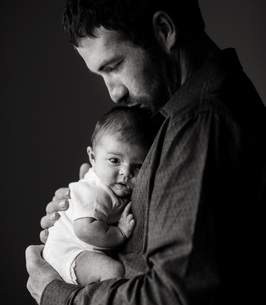 Justin William Dixon entered this life on December 15, 1983, which he would often say was a hundred years late, and he departed this life on August 3, 2022, which was far too early. Justin will always be a beloved father, son, brother, cousin, uncle, nephew, and friend. He was a talented man, skilled in cabinetmaking, carpentry, diesel mechanics, farming, and canine training. Justin loved his daughter Evelyn above all else and he was deeply devoted to his dog Bauer. Justin was a man of faith who lived to protect loved ones and strangers alike, and to offer any kind of help he could, regardless of the cost to himself. He made happy memories wherever he went, including the Outer Banks, Mount Katahdin, and the Isle of Skye. Justin was preceded in death by his father, Mike; his Uncle Greg; his grandmother, Evelyn; and his grandparents, Marcella and Bill. Justin is survived by his mother, Jan (Mickey); his daughter, Evelyn; his brothers, Michael (Kim), Michael (Erika), Luke (Amber), and Karlton; his sister, Staci (Galen); his niece, Jana (Alex); his nephew, Alex (Olivia); and his beloved cousins. Justin’s memorial service will be held on Friday, August 12, at noon at Grace Orthodox Presbyterian Church in Middletown. In lieu of flowers, memorial contributions may be made to Faithful Friends Animal Society, where Justin volunteered.