To share your memory on the wall of Edward Finkle, sign in using one of the following options:

Print
Edward S. Finkle, of Dover, passed away due to complications of Covid on May 15, 2021 at Bayhealth Medical Center, Dover.

Born in Wilmington, DE, he was the son of the late Irvin and Nannette Finkle. Ed was a graduate of Claymont High Sc... Read More
Edward S. Finkle, of Dover, passed away due to complications of Covid on May 15, 2021 at Bayhealth Medical Center, Dover.

Born in Wilmington, DE, he was the son of the late Irvin and Nannette Finkle. Ed was a graduate of Claymont High School and Florida International College of Kissimmee. He served in the U.S.A.F from 1968 until 1972, where Ed was stationed in Thailand as an aircraft electrician. After being honorably discharged, Ed made Delaware his permanent home. Through the years Ed worked in sales, most recently with Hertrich Auto Group. He enjoyed fishing, woodworking, going on cruises, barbecues, and spending time with family and friends.

To send flowers to the family or plant a tree in memory of Edward Stephen Finkle, please visit our Heartfelt Sympathies Store.

We encourage you to share your most beloved memories of Edward here, so that the family and other loved ones can always see it. You can upload cherished photographs, or share your favorite stories, and can even comment on those shared by others.

I am so sorry to hear of your loss. I pray that you have many wonderful memories of your years together. 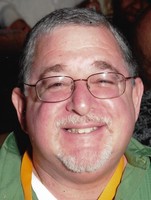