To share your memory on the wall of Michael McGuire, sign in using one of the following options:

To send flowers to the family or plant a tree in memory of Michael James McGuire, please visit our Heartfelt Sympathies Store.

We encourage you to share your most beloved memories of Michael here, so that the family and other loved ones can always see it. You can upload cherished photographs, or share your favorite stories, and can even comment on those shared by others.

Mom, Patrick, Gretchen and all our kids and spouse and Darlene BIERBAUM sent flowers to the family of Michael James McGuire.
Show you care by sending flowers

Posted Feb 06, 2021 at 12:05pm
You will be missed uncle mike . I remember spending weekends with you as kid even as a teenager. You always made me laugh especially when I was down. You were a great man and I loved you very much. Your niece Marlena also husband John daughters samantha heather Alexis Kaylynn and son Dylan
Comment Share
Share via:
JW

Posted Feb 05, 2021 at 10:13am
Mike was a sweetheart and will be missed by his friends here at Luther Towers where he made many laugh.
Comment Share
Share via:
MS

Mom, Patrick, Gretchen and all our kids and spouse

Posted Feb 05, 2021 at 10:07am
The best brother, son, father and uncle anyone could have ever asked for. You will be forever loved and missed by us. We love you very much

Mom, Patrick, Gretchen and all our kids and spouse purchased flowers for the family of Michael McGuire. Send Flowers

Posted Feb 04, 2021 at 05:44pm
Thank you Michael for always making me and Debbie laugh your smile will always be remembered love from Damons and darlene bierbaum family 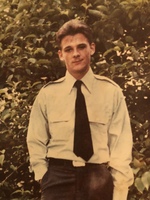 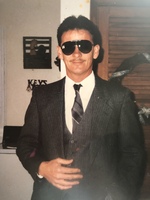