To share your memory on the wall of James Canalichio, sign in using one of the following options:

With heavy hearts, and no small sense of relief at the end to his suffering the cruel indignities of ALS, we regret to announce the death of our beloved father and husband, James Francis Canalichi... Read More
James F. Canalichio - 76 Camden-Wyoming

With heavy hearts, and no small sense of relief at the end to his suffering the cruel indignities of ALS, we regret to announce the death of our beloved father and husband, James Francis Canalichio, who, shortly after celebrating his 76th birthday, has concluded this earthly journey and returned his spirit to the bosom of the Lord. His final hours were spent in the comfort of home, among family, and in the care of many dedicated healthcare professionals, to whom we are deeply indebted.

Jim was born January 4, 1945, the eldest son of Nunzio and Amelia. Throughout his upbringing in Delaware County, Pennsylvania, he was a devoted older brother to seven siblings. In January 1967, he married Kathleen, and they made a home in the Drexel Hill suburbs of Philadelphia. Later that year, James Charles was born. As a young husband and father, Jim served in the Army Reserves stateside during Viet Nam, worked his way through night school at Saint Joseph’s University as a manager at the A&P, finished his Master’s Degree, and took a job as an accountant at a family business in the manufacturing industry called Dixon. He excelled in his career, earning the respect and admiration of his colleagues, proving instrumental in Dixon’s growth into a global company, and retiring as VP and CFO after more than 40 years of service. As his accomplishments in business grew, so did his family. In 1971, Beth Ann was born, and ten years later, Thomas. By then, Jim had moved his family to Dover, Delaware, where he became dedicated to serving his community, and church. In all he did, he endeavoured to embody the values of service and faith, dedicated to the betterment of our surroundings and uplifting those around us. He will be remembered by all as a loving husband and father, a gracious mentor and role model, humble, generous, caring, and kind. To put it simply, he may have been the best person many of us will ever know, and we shall never see his like again.

Jim is survived by his spouse of 53 years, Kathleen Elizabeth, his children, James Charles, Beth Ann, and Thomas, and their spouses, Dawn, Nick R. Alessandro, and Jenny Kathleen Erickson, as well as his grandchildren, Kaitlin Marie, Anna Grace, and Rocco James Alessandro.

A Funeral Mass is to be offered Friday, January 8, 12 PM at Holy Cross Church, respecting public health precautions due to the COVID-19 pandemic, with a private burial to follow. Video of the service is available here. https://youtu.be/kw7L38yEe7I

In lieu of flowers, the family would encourage you to donate to the Philadelphia chapter of the ALS association (webpa.alsa.org), the National Shrine of Saint Elizabeth Ann Seton in Emmitsburg (setonshrine.org), or to a charity of your choice in his name.
Condolences and memories can be shared via www.ambruso.com. Arrangements by Michael J. Ambruso Funeral Director, Inc. Dover, DE
Read Less

To send flowers to the family or plant a tree in memory of James F Canalichio, please visit our Heartfelt Sympathies Store.

There are no events scheduled. You can still show your support by sending flowers directly to the family, or planting a memorial tree in memory of James F Canalichio.
Visit the Heartfelt Sympathies Store

We encourage you to share your most beloved memories of James here, so that the family and other loved ones can always see it. You can upload cherished photographs, or share your favorite stories, and can even comment on those shared by others.

Posted Jan 08, 2021 at 04:28pm
I will always have fond memories of the kindness that “Mr. C” showed me as an active member of the Holy Cross School Board. Both he and Kathy made valuable contributions.
My sincere condolences to the Canalichio Family.
Marcia J. Bertino
Comment Share
Share via:
BT

Posted Jan 07, 2021 at 11:28am
We have been friends with Jim and Kathy for over 40 years. The trips we took and events we experienced are cherished memories. Jim was a kind, loving and caring man who did for everyone. He is now with the angels and is at peace. He will always be in our thoughts and prayers.
Comment Share
Share via:
DA

Posted Jan 06, 2021 at 03:27pm
My thoughts are with you and your family during this difficult time. Jim was an amazing person, may this tree blossom with his strength. 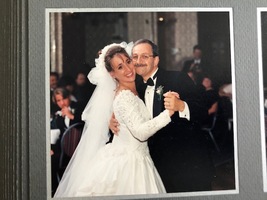 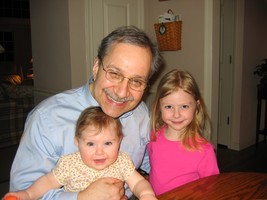 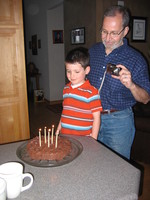 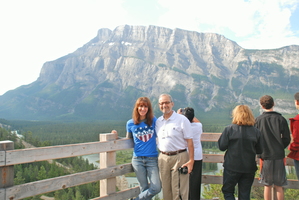