To share your memory on the wall of Rita Kropiewnicki, sign in using one of the following options:

Rita was born and raised in Nanticoke, PA. In 1951, she met her future husband Matthew. After graduating from Nanticoke HS in 1953, she was a bookkeeper in Wilkes-Barre. She then became a copywriter at a radio station in Nanticoke. In 1955, now an Air Force wife in Greenville, SC, she worked for WFBC. Rita succeeded in her early career, but a much more important position soon took priority in her life, that of motherhood.

Rita and Matt were blessed with five children. Throughout this time, Rita served at home by holding down the fort while Matt was away flying. As their children grew older, Rita again endeavored on a career by working at WDOV in Dover. Later, she made lasting relationships working for Kent County, Madison & Co. in Smyrna, the State of DE and Wesley College. It was at this time, in 1997, that Rita’s life long love of learning led to her earning an Associate’s Degree in English Literature at Wesley.

After working, Rita enjoyed her retirement with Matt and their family. She loved that they all lived so close. A life long Catholic, she had a strong devotion to the Divine Mercy, the Infant of Prague and to the Virgin Mary. She also often said that her goal was to treat all guests as if Christ himself was knocking at her door. She loved entertaining and utilizing her collection of recipes by cooking and baking.

In her free time, she enjoyed playing cards (31!) and Scrabble. Rita also loved to write poetry, some of which was utilized by Madison and Co. in products that they sold to the public. Another favorite activity was watching game shows such as America Says, The Price is Right, Wheel of Fortune and Let’s Make a Deal. She also loved to dance with Matt and she knew from the moment they met that he was special, and she would spend the rest of her life with him. Her children and grandchildren were always her priority too. She particularly enjoyed attending their concerts and sporting events. She loved rooting on the kids and looked forward to handing out KitKats afterwards.

Rita was preceded in death by her devoted husband of 61 years, Matt, her son, Mark of Newport; her parents, Anna and Thomas Kotulak, of Nanticoke, PA; 2 brothers and 4 sisters; as well as several of her sibling’s spouses and children.

To send flowers to the family or plant a tree in memory of Rita Kropiewnicki (Kotulak), please visit our Heartfelt Sympathies Store.

We encourage you to share your most beloved memories of Rita here, so that the family and other loved ones can always see it. You can upload cherished photographs, or share your favorite stories, and can even comment on those shared by others.

John Beverly Jennifer Jason Stephanie and Kevin and The Ordiway family sent flowers to the family of Rita Kropiewnicki (Kotulak).
Show you care by sending flowers

Posted Nov 16, 2020 at 06:04pm
Wishing you peace to bring comfort, courage to face the days ahead and loving memories to forever hold in your hearts.

3 trees were planted in the memory of Rita Kropiewnicki

Posted Nov 20, 2020 at 09:04am
Sent with love and remembrance, and fond memories of Rita Kropiewnicki.

Posted Nov 20, 2020 at 06:58am
Love and prayers go out to the Kropiewnicki family. Some of my best memories were spent at the Kropiewnicki house.. Such a welcoming family full of love and laughter. Hope your wonderful memories brings you peace and comfort through this most difficult time. Amy and Scott Gibson
Comment Share
Share via:
MH

Posted Nov 19, 2020 at 04:07pm
Rita was an amazing loving and generous woman. She left a lasting impression on anyone that she came in contact with. She was the embodiment of pure goodness. This knowledge will hold her family up and bring them peace. She rest in the loving arms of Jesus
Comment Share
Share via:
HS

Posted Nov 19, 2020 at 03:37pm
Wishing you peace to bring comfort, courage to face the days ahead and loving memories to forever hold in your hearts. Love, the Eastons 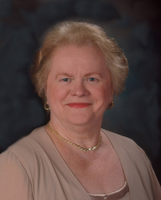 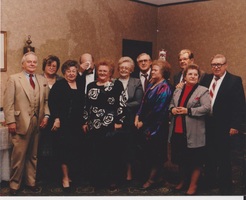 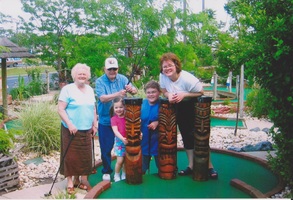 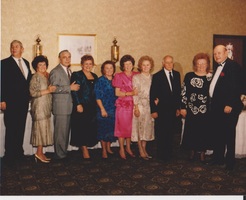