To share your memory on the wall of Giuseppe Garramone, sign in using one of the following options:

To send flowers to the family or plant a tree in memory of Giuseppe Garramone, please visit our Heartfelt Sympathies Store.

We encourage you to share your most beloved memories of Giuseppe here, so that the family and other loved ones can always see it. You can upload cherished photographs, or share your favorite stories, and can even comment on those shared by others.

Joey, Nicole, Rocco, Candace Garramone & Families, Nina and Teresa Bianchi, and other have sent flowers to the family of Giuseppe Garramone.
Show you care by sending flowers

Posted Sep 28, 2020 at 09:37am
Wishing you peace to bring comfort, courage to face the days ahead and loving memories to forever hold in your hearts.

Flowers were purchased for the family of Giuseppe Garramone. Send Flowers

September 27, 2020
When we met in August of 2015, he was the very special Uncle to my fiance, his beloved niece Elisa. I immediately could see how important family was to him, how ethical and directly honest he was, and why he was so special to Elisa. It did not take long for him to become MY Uncle Joe as well, which made me a very lucky person. He was always so endearing, so enjoyable to be around, so hard working to please his family, and so engaging. And, when he was with his brothers Tony and Vito, you knew it was going to be a fun and unpredictable time. My sympathies go out to all the family. God bless Uncle Joe and may he rest in peace. I love you, Uncle Joe!
Steven Podhaizer

Posted Sep 27, 2020 at 11:51pm
Joe was an amazing man! He was the best Waitressing at Roma was the best job I ever had. His food was out of this world! He always got a kick out of pulling pranks on me and my best friend Anna. I met Anna when I first got hired. Joe had her train me and thanks to Joe, Anna and I have now been the best of friends for forty years. Joe called Anna ‘Frenchy and and me ‘Nifty.’ To this day we still talk about our love for Joe. This special man will always be in my thoughts with so much love.
Comment Share
Share via:
J

Posted Sep 27, 2020 at 06:55am
He was a wonderful man to work for, joined him at the very beginning of the opening of Roma, we remained friends for many years truly a great chief and friend, Rest In Peace Joe.
Comment Share
Share via:
HS

Posted Sep 26, 2020 at 01:39pm
To Joe, Kristin and all the Garramone family, our deepest and heartfelt condolences. Mike & Susan Price

Flowers were purchased and a memorial tree planted for the family of Giuseppe Garramone. Send Flowers 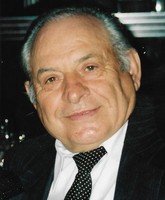 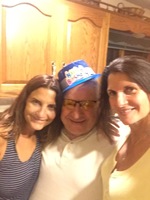