To share your memory on the wall of Ralph Gmuer, sign in using one of the following options:

To send flowers to the family or plant a tree in memory of Ralph John Gmuer Jr., please visit our Heartfelt Sympathies Store.

We encourage you to share your most beloved memories of Ralph here, so that the family and other loved ones can always see it. You can upload cherished photographs, or share your favorite stories, and can even comment on those shared by others.

Posted Aug 26, 2020 at 08:50am
Ralph was a very special man who was loved by all he came in contact with. I was a bowling buddy and will always treasure the friendship we had. God bless the family.
Comment Share
Share via:
DH

Posted Aug 26, 2020 at 08:47am
Wilma, I can't begin to say how sorry and shocked I am to hear of Ralph's passing. He was such a very special and loving man. I so enjoyed talking with him at bowling and treasured his friendship. I pray that God comforts you and your family during this time of sorrow and remembrance.
Comment Share
Share via:
KM

Posted Aug 24, 2020 at 09:11am
Uncle Ralph was kind, well humored, easy going and an all around great guy! We sure will miss him, but our lives as well as the lives of others greatly cherish the blessing he has been to all of us and our memories throughout the years.
Love and hugs,
Kim (Widmaier) and Bill Miller
Comment Share
Share via:
HS

Posted Aug 20, 2020 at 12:57pm
So sorry for the loss of a great man. I may have only knew him for 6 1/2 years, but from all our conversations we had he was a great neighbor. I will miss seeing him & talking to him about gardening. May God give you peace during this time. You all will be in our thoughts and prayers.
Love & Hugs: Ann & Jim Kimbro
Comment Share
Share via: 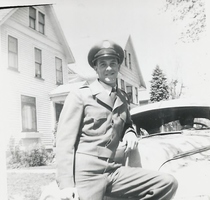 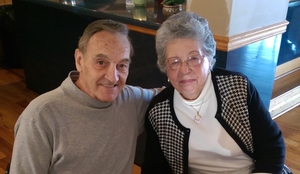