To share your memory on the wall of James DeLuca, sign in using one of the following options:

Print
James Joseph DeLuca, 87, of Hartly, DE, died on Monday July 20, 2020.
He passed peacefully at home, cared for by his loving family.

Called Jim by his family and friends, he was born on November 30, 1932
in the Brooklyn, New York neighborhood of Williamsburg to Michael
DeLuca and Rafaela DeLuca (nee Venticinque), the third of six
children. He grew up in New York City, spending most of his life
there before moving to Delaware in his retirement.

Shortly after high school, James enlisted in the United States Army,
not realizing at the time that he would embark on a lifelong career
spanning more than three decades and culminating in the highest
enlisted rank, Command Sergeant Major. His military reserve service
took him all over the United States and the world, including Korea,
England, and Germany, where he earned some of the most elite
qualifications such as Parachutist, Pathfinder, Ranger, and Special
Forces.

Jim was a lifelong learner, never passing up an opportunity to take on
more training or new prospects. He earned his bachelor’s degree in
political science from Queens College in 1979 at the age of 47. In
addition to the Army Reserve, Jim was a career public servant for the
City of New York, working for over 30 years in the Sanitation
Department through some of the most turbulent times of the city’s
history.

Thanks to his military service Jim was an avid traveler, taking trips
all over America, Mexico, the Far East, as well as European
destinations such as Italy and Poland. After retirement, he
maintained strong ties to his community and Catholic faith,
volunteering in several groups including the Knights of Columbus, the
American Legion, and continuing his military connections while working
at the Dover Air Force Base terminal.

Jim is survived by his wife Mary Ann, sisters Catherine Smithok and
Angela Mastrianni, and brother Joseph DeLuca. He was preceded in
passing by his parents, and his brothers Frank and Michael. Jim had a
large and loving family of stepchildren Victoria (Villa), and Victor
(Mia) and step-grandchildren Sophia, Nicholas, Michael, and Ava who
spent many holidays, birthdays, and events with him.

Interment with Military Honors will be in Calverton National Cemetery, Calverton, NY.
Friends may call Monday July 27th from 2PM to 4PM and from 6PM to 8PM at The Funeral Home of
Charles J. O'Shea, 603 Wantagh Ave., Wantagh, NY 11793. Local arrangements by Michael J. Ambruso Funeral Director, Inc. Dover. Condolences can be made via www.ambruso.com
Read Less

To send flowers to the family or plant a tree in memory of James Joseph DeLuca, please visit our Heartfelt Sympathies Store.

We encourage you to share your most beloved memories of James here, so that the family and other loved ones can always see it. You can upload cherished photographs, or share your favorite stories, and can even comment on those shared by others. 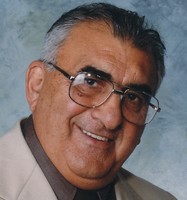 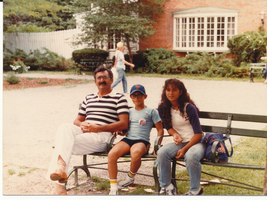 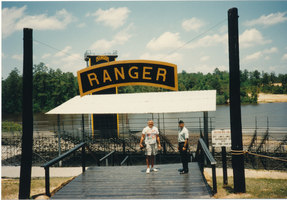