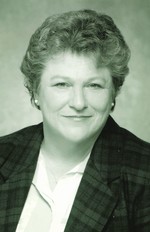 Born in Easton, MD, she was the daughter of late Frank Hignutt and Cora (Jones)Hignutt. Frances was a college graduate and retired from her career as an accountant in 2010. She was a member of the Hartly Methodist Church where she practiced her faith. Frances greatly enjoyed the beach, collecting clowns and, most of all spending time with her beloved grandchildren.

In Lieu of flowers, donations may be made to your local SPCA or local animal rescue group.

At this time the family is planning a memorial and further information will be provided at a later date. Life’s End Service by Michael J. Ambruso Funeral Director, Inc., Dover DE. Condolences may be forwarded via www.ambruso.com