To share your memory on the wall of Esther Pura, sign in using one of the following options:

Esther was born in 1931 in Murcia, Philippines, the daughter of the late Gregorio and Julia Pura. She attended University of Santo Thomas ... Read More
Esther Pura, MD, a long-time resident of Dover, died peacefully on Wednesday the 6th of November.

Esther was born in 1931 in Murcia, Philippines, the daughter of the late Gregorio and Julia Pura. She attended University of Santo Thomas Medical School where she received her medical degree in 1957. Upon graduation, she came to the United States and completed her residency in General Psychiatry at the Bellevue Hospital in New York City. She received additional training in Child Psychiatry at McGill University in Montreal, Canada. In 1972 she began working at the Kent County Mental Hygiene Clinic, where she eventually retired as Medical Director in 2009. She is preceded in death by the late Juan C. Asuncion, MD in 1998.

Visitation will be held Tuesday, November 12th from 2 p.m. to 4 p.m. and from 6 p.m. to 8 p.m. at the Funeral Home of Michael J. Ambruso, 1175 S. State Street, Dover. The Mass of Christian Burial will be celebrated at Holy Cross Catholic Church on Wednesday the 13th at 10 AM. Entombment will follow at Sharon Hills Memorial Park, Dover, DE. Condolences can be made via www.ambruso.com
Read Less

To send flowers to the family or plant a tree in memory of Esther S Pura, please visit our Heartfelt Sympathies Store.

We encourage you to share your most beloved memories of Esther here, so that the family and other loved ones can always see it. You can upload cherished photographs, or share your favorite stories, and can even comment on those shared by others.

From: Dr. Frank and Cheryl Ravago and Family sent flowers to the family of Esther S Pura.
Show you care by sending flowers

Gracious Lavender Basket was purchased for the family of Esther Pura. Send Flowers

Flowers were purchased and a memorial tree planted for the family of Esther Pura. Send Flowers

From: Dr. Frank and Cheryl Ravago and Family

From: Dr. Frank and Cheryl Ravago and Family purchased flowers for the family of Esther Pura. Send Flowers

Flowers were purchased for the family of Esther Pura. Send Flowers

Sentiments of Serenity Spray was purchased for the family of Esther Pura. Send Flowers 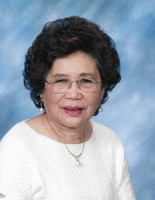