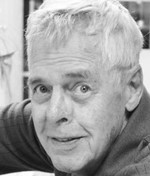 Robert H. MacPherson of Kennesaw, GA passed away at home peacefully on Wednesday, September 25, 2019. Robert was born on October 24, 1931, five minutes after his twin brother, Douglas, in Boston, MA, to Mary (MacVicar) and Hugh MacPherson. Robert graduated from Needham High, where he excelled at his lifelong favorite sport, baseball. Opera was his musical passion. Robert obtained his Masters Degree in Public Administration from the University of Delaware. Robert joined the Air Force on January 5, 1951, where he attained the final rank of Major and became a decorated pilot and instructor. He got engaged to his wife of 66 years, Helga (Chalupa), on July 28, 1953. They were married on August 30 of the same year. After 20 years in the service, Robert went to work for the State of Delaware in the Department of Natural Resources & Environmental Control and then for Bivens and Associates of Dover, DE. He also wrote independent articles for the Delaware State News and the Tampa Bay Newspapers and was a Tampa Bay Tropicana Field usher. Robert was preceded in death by his parents, sisters, Norma and Corrine, his younger brother, Roy, and his son, Christian. He is survived by his wife, Helga, twin brother Doug, children Pamela and Erik (Hallie), daughter-in-law Mimi, grandchildren Shannon, Heidi, Samantha, Zachary, Evan and Ella and 8 great grandchildren. Services will be held on Saturday, November 9, 2019, at the Funeral Home of Michael J. Ambruso, 1175 S. State Street, Dover, DE. Visitation will be from 11:00 to noon, followed immediately by a Celebration of Life. Memorial donations may be made to Agape Hospice Care at http://www.agapehospicecare.net/donate/.