To share your memory on the wall of Robert MacPherson, sign in using one of the following options:

To send flowers to the family or plant a tree in memory of Robert Hugh MacPherson, please visit our Heartfelt Sympathies Store.

We encourage you to share your most beloved memories of Robert here, so that the family and other loved ones can always see it. You can upload cherished photographs, or share your favorite stories, and can even comment on those shared by others.

Love, Jack & Shirley, Patti & Paul, Tracy and Richard, and other have sent flowers to the family of Robert Hugh MacPherson.
Show you care by sending flowers

Posted Nov 08, 2019 at 12:09am
With loving and happy memories of Bob, we hope this tree will live on in his memory. Sending hugs and love.

Posted Nov 07, 2019 at 07:19pm
In loving memory of a dear and special friend. Our thoughts and prayers are with the family.

Posted Nov 07, 2019 at 07:14pm
In loving memory of a great man who was a friend to all. We will miss you dearly. Our thoughts and prayers are with the family,

Posted Nov 05, 2019 at 11:25am
My very sincere condolences to the entire family. Yes reading the obituary it is a celebration of life!
Comment Share
Share via: 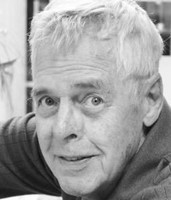