To share your memory on the wall of Philip Feliceangeli, sign in using one of the following options:

Print
Philip Feliceangeli, Jr., 64 of Clayton, passed away on Saturday, Sept. 14, after a long battle with cancer at Bay Health Hospital in Dover. He was a beloved husband, devoted father and a true and trusted friend.

Phil was born in 1955 i... Read More
Philip Feliceangeli, Jr., 64 of Clayton, passed away on Saturday, Sept. 14, after a long battle with cancer at Bay Health Hospital in Dover. He was a beloved husband, devoted father and a true and trusted friend.

Phil was born in 1955 in Agana, Guam to Marion and Philip Feliceangeli, Sr. as his father served in the U. S. Air Force. Finally settling in Dover, Delaware, Phil was a 1973 graduate of Dover High School when he first developed an interest and love of journalism. Phil attended the University Of Delaware, receiving a bachelors in American Studies in 1977.

Phil launched his life long career in journalism at WKEN radio station in his hometown of Dover as a news reporter and newscaster. He later moved to WDOV/WDSD radio where he was the long time morning news announcer and reporter. Phil later rose to the position of news director. He retired in 2017 having received numerous awards and thanks for his 40 years in broadcasting. Many who worked with Phil considered him one of the premier newscasters in the state, often mentoring those new to the field. Getting the story right was his top priority.

Phil married his soul mate, Donna L. Beaty in 1985, whom he had met when she worked as the evening disc jockey on WDOV.

Phil was a life long Baltimore Orioles baseball fan. One of his treasured moments in broadcasting was an interview with Buck Showalter, the then manager of his favorite team. Phil took the most pride in his family. He was a devoted father to his daughter, Lauren, often bragging about her accomplishments. He was a loving husband to his wife, Donna, supporting her as she pursued a second degree in horticulture, typing her papers to allow for more study time and encouraging and helping her to start a small business raising peonies. He was known for his wry sense of humor and quick wit as well as his integrity.

Phil was diagnosed with cancer in 2011 but never allowed his diagnosis to control all aspects of his life. He continued to work throughout his various surgeries and treatments. Through all of his treatments, Phil continued to maintain his good humor, never complaining but facing all challenges head on. His strength in facing cancer was often an inspiration to others including his doctors and the nurses who cared for him.

Phil was preceded in death by his parents, Philip, Sr. and Marion, a brother, Samuel and a sister, Mary. He is survived by his wife, Donna, his daughter, Lauren, brothers Peter (Kathy) of Wilmington, Delaware, Paul (Debbie) of Coplay, Pennsylvania, a sister, Marina Davis (Norris) of Freeport, Maine, as well as numerous nieces and nephews.

The family wishes to thank Dr. Rishi Sawhney, Sandi Voss and all of the chemo nurses at the Bayhealth Cancer Center at Kent General Hospital for their care and devotion. We also wish to thank the doctors and staff of Interventional Radiology, Christiana Hospital for their help with Phil's cancer journey. Without your care, Phil could not have beaten the odds and lived an additional eight years after his diagnosis.
Mass of Christian Burial will be offered 12PM Thursday Sept. 19th at Holy Cross Church 631 S. State St. Dover, De 19901 where a visitation will begin at 11:00 am. Interment will follow in Holy Cross Cemetery, Dover. Family suggest that contributions may be made to the Bayhealth Cancer Center at Kent General Hospital 640 S. State St, Dover, De 19901. Condolences can be made via www.ambruso.com. Arrangements by Michael J. Ambruso Funeral Director, Inc.,Dover.
Read Less

To send flowers to the family or plant a tree in memory of Philip Feliceangeli Jr., please visit our Heartfelt Sympathies Store.

We encourage you to share your most beloved memories of Philip here, so that the family and other loved ones can always see it. You can upload cherished photographs, or share your favorite stories, and can even comment on those shared by others.

Posted Sep 18, 2019 at 04:43pm
Phil was a trusted mentor, colleague and friend during my decade at WDSD/WDOV. One of my fondest memories of my decade in radio was knowing that when it was time for the news, that a NEWSMAN that I trusted, with integrity, was going to be on the other end of the mike. When we went to commercial, we could argue his beloved O's and my beloved RedSox. I learned more about news, and radioin the public interest, from Phil than I did from the many outstanding people we had the privilege of working with combined. The world is sadder place for not having Phil Feliceangeli no longer in it. Rest easy my friend.
Comment Share
Share via:

Posted Sep 17, 2019 at 08:18am
My favorite memory of Phil, I answered a call one December morning, it was for Phil. When he got off the phone he came to my desk and told me it was the call he and Donna had waited on. Their baby had been born, they had to get a nursery set up and go get their new baby girl. Phil could not keep the tears of joy out of his eyes. He was so happy and nervous about him and Donna being parents.
This was the only time I really saw Phil emotional in my 10 years working with him.
To say Phil loved Donna and Lauren is an understatement, they were his world.
This world is better because Phil was in it, he leaves a void.
Comment Share
Share via:
GH

Posted Sep 17, 2019 at 07:43am
My name is George and I am a cancer survivor treated at the same ward as Philip. The care was so good that I became a volunteer there. Philip was a regular on Monday for his treatments. I was so fortunate to be the Monday Volunteer. Over the time that I was there, I got to know Philip well. He was a fighter! He maintained his sense of humor as we bantered back and forth. He especially loved my wife's brownies and always had at least one. He was such a gentle man and I am so sad and sorry for his passing. Rest in peace Phil.
Comment Share
Share via:
D

Posted Sep 16, 2019 at 01:50pm
Sorry for your loss. I worked with Phil at WDOV/WDSD when they were still in Dover. He was actually a funny guy.
Comment Share
Share via: 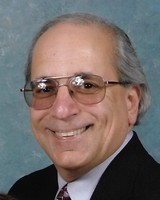 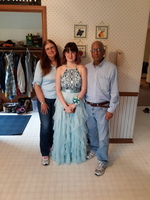