To share your memory on the wall of Jeanna Elliott, sign in using one of the following options:

Provide comfort for the family of Jeanna Elliott with a meaningful gesture of sympathy.

Jeanna H. Elliott died Sunday August 25, 2019 at Bay Health Medical Center, Dover. Born in Norfolk, Va, she moved with her family to Dover in 1974 and later graduated from Caesar Rodney High School, Class of 1984. She pursued a career in the food service industry as a waitress and cook in restaurants throughout Kent and Sussex Counties. Jeanna dearly loved
her cats and dogs and throughout the years gave of her of time to animal shelters.
Jeanna was preceded in death by her father, Herbert W. (Chick) Hand, Jr. in 1991.

Visitation will be held Friday August 30th 6PM to 7:30PM at the Funeral Home of Michael J. Ambruso 1175 S. State St. Dover, De. Mass of Christian Burial will be offered 10:00 AM Saturday August 31st in St. John the Apostle Church, 506 Seabury Ave. Milford, DE. Burial will be private in Head of the River Cemetery, Estell Manor, NJ. Family suggests donations in her memory to First State Animal Center and SPCA, 32 Shelter Circle, Camden, DE 19934.
Condolences can be made via www.ambruso.com
Read Less

Provide comfort for the family by sending flowers

We encourage you to share your most beloved memories of Jeanna here, so that the family and other loved ones can always see it. You can upload cherished photographs, or share your favorite stories, and can even comment on those shared by others.

Posted Sep 04, 2019 at 08:02am
We in the Child Nutrition Office are so sorry for the loss of Jeanna. Jeanna was a beautiful girl with a big heart. She was kind and cared deeply about her co-workers, children and staff. She will be missed by all. Our prayers are with her family and friends. Thank you for sharing these kind words. She truly did care for the kids and those she worked with. 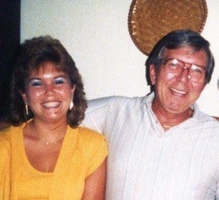 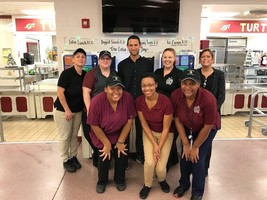